NOTE: Dates, times and fees are subject to change without notice. 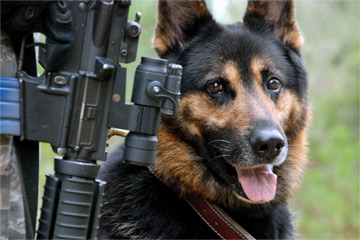 Please join us for the unveiling ceremony and celebration of the new War Dog memorial that honors all military dogs that have loyally served our soldiers in past and present conflicts.

Westchester County Executive George Latimer and other honored guests will unveil this stunning new addition to the Lasdon Park Trail of Honor.
Meet the artist, Sculptor Lena Toritch of Utah who will be on hand for questions.

• The Dog is situated on a rise overlooking all the busts of soldiers from all our past conflicts as if to guard them in perpetuity.
• Mark Tolf Veterans Museum Curator will read a passage from the book ‘War Animals’ offering a tribute to Chips and what he stands for.
• Westchester County Police and State Police K-9 units there to provide public demonstrations of their service dogs.
• There will be an honor guard that will present a seven gun salute and play taps at the unveiling
• Babe’s Delectables will be selling delicious treats and baked goods including a special War Dog memorial cookie.
• A food truck selling hot food, drinks and more will be available for purchase.
• Military displays, vehicles and US Army staff
• Friends of Lasdon hospitality tent
• Picnic tables to sit and enjoy the festivities

Presentation and event activities will be in the Lower Parking lot, near the entrance to the Trail of Honor.

This is a free event. Schedule is subject to change without notice. 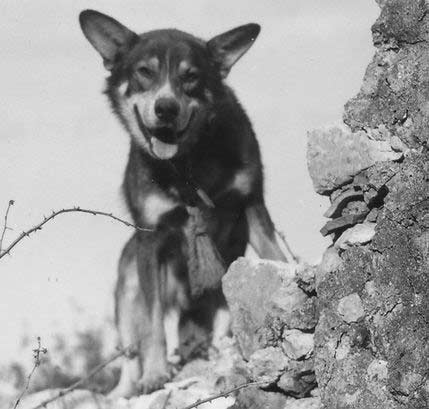 ABOUT “CHIPS THE WAR DOG”

During the war, private citizens like Wren donated their dogs for duty. Chips shipped out to the War Dog Training Center, Front Royal, Virginia, in 1942 for training as a sentry dog. He served with the 3rd Infantry Division in North Africa, Sicily, Italy, France and Germany. His handler was Pvt. John P. Rowell. Chips served as a sentry dog for the Roosevelt-Churchill conference in 1943. Later that year, during the invasion of Sicily, Chips and his handler were pinned down on the beach by an Italian machine-gun team. Chips broke from his handler and jumped into the pillbox, attacking the gunners. The four crewmen were forced to leave the pillbox and surrendered to US troops. In the fight, he sustained a scalp wound and powder burns. Later that day, he helped take ten Italians prisoner.

For his actions during the war, he was awarded the Distinguished Service Cross, Silver Star and Purple Heart; however, these awards were later revoked due to an Army policy preventing official commendation of animals. His unit unofficially awarded him a theater ribbon with an arrowhead for an assault landing, and battle stars for each of his eight campaigns.

Chips was discharged in December 1945 and returned to the Wren family. In 2018, Chips was finally recognized for his bravery was awarded posthumously the PDSA Dickin Medal (Animal equivalent of The Victoria Cross) for his efforts during the war. 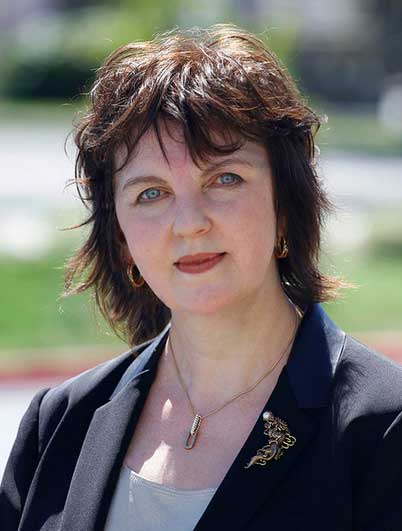 As the artist awarded the task of creating the “Chips” War Dog Memorial, Lena Toritch, MFA, is one of the most brilliant sculpture artists of our time. With a keen eye, compassionate heart, intuitive insight and extraordinary skills she consistently creates exceptional bronze statues that receive the highest praise and appreciation. This Master Sculptor breathes life and spirit into every statue she creates.

Toritch was a graduate student at the prestigious St. Petersburg Academy of Fine Arts in Russia. She mastered human and animal anatomy, the history of art and architecture, composition, drawing, and sculpture. But she yearned for artistic freedom and opportunity so she came to the United States in 1992. Toritch was granted citizenship under the status of “Artist of Exceptional Ability.” She soon teamed up with Sculptor Richard Young who owns Young Fine Art Studio in Salt Lake City. Young was also a sculptor and had created many large scale monuments of his own design and for other famous artists. With Young’s experience and business sense and Toritch’s remarkable artistic talent, they formed an unbeatable team that consistently and reliably delivers impressive world class sculpture.

NOTE: Dates, times and fees are subject to change without notice.